After updating to Nougat, I actually unrooted my phone. First time my phone hadn't been rooted since 2012. I kind of like it. #confessions

When I got my first modern Android phone, a Nexus 4, back in 2012, the first thing I did was root it. I had owned a bunch of cheap no-name Android phones before, but none of them had available roots, and were all locked up pretty tightly. My N4 was the first phone I had that made rooting easy. Since then, I have owned a N5, N6, and N6P. Every single one, I rooted as soon as I turned it on. However, after getting the upgrade to the latest Android version, Nougat, I unrooted my phone for the first time in years. I have been running without root for over a week and don’t miss it at all.

There are several apps I always install that depend on root, but all of them are now either rolled into the system, or have a rootless alternative. Greenify is one of the first root apps I ever used, but most of its functionality is absorbed into Doze on the Go.

Another main reason I always rooted was for AdAway, a simple way to block ads across my entire phone instead of just in the browser. However, I have since found that AdGuard can also block ads very well, without root. To do so system-wide requires paying for it, but if you change the currency you are paying in to Russian rubles, after converting the currency it is about $5 for a lifetime subscription. You can block ads in browsers only for free. Through a bit of sneakery, you are even able to block ads on HTTPS sites and on compressed pages in Chrome, which AdAway was not able to do.

I used Xposed, mainly for two modules: Greenify and GravityBox. GravityBox is a very comprehensive module that is able to interact with several parts of your system. A lot of its less useful functionality is lost but the parts I used the most have similar features built in to Nougat. Settings->Display->Size lets you change the size of your interface, mimicking shrinking the navbar and allowing more info on your screen at a time. Quick setting tiles are now editable. UI Tweaks (open quick settings menu and press and hold on settings icon) lets you make adjustments to how notifications, silent mode, and status bar icons are handled.

Android’s greatest strength has always been that you can modify it to do whatever you wanted or needed it to with enough work, but after eight years it has matured to the point where you no longer need to take drastic measures or void your warranty to do so.

Greatest day of my life was marrying @vixenlenore in 2005. Very close second was seeing @garbage live and in person tonight.

When @vixenlenore and I first met in April 2003, there was not much we had in common music-wise. She liked music I had previously liked but no longer listened to. She had not heard most of the music I liked. The biggest common denominator we both liked was Garbage. We had both been fans since their first album was released in 1995. We are both still fans, and have been fans longer than any other band either of us listen to.

Last Saturday, I took a rare weekend day off of work and we went to see them on their Strange Little Birds tour, promoting their new album. It was only the second time we had gone to a concert together, and the first time either of us had seen them live.

It was awesome! I took several pictures and videos. We had an amazing time, though our feet really hurt by the time it was all over.

Protip: when going to a concert that is standing room only wear comfortable shoes.

Totally worth it though. We had an amazing time, and if they are going through your town on their tour you are missing out if you don’t go see them.

The last time I had written here in 2011, I had recently been hired to provide free samples at Sam’s club. While there, I met Mary, who worked in the bakery during the day but moonlit at a regionally popular burger chain. She mentioned that her store was in need of good management, and suggested that I apply. I eventually did, and was hired. I had originally thought that this, like every job I’ve had, would be something to keep me afloat until I went on to somewhere else.

I have been a vegetarian since 1989, and while the restaurant I work for is well known for high quality, I have never tasted a burger from there. Yet it is a great company, whom I have been working for just short of five years. This is the longest I have held a position in my life, and the first job that I feel I can actually say I have turned into a career. A little over a year ago I was given a promotion and am now General Manager of an entire restaurant. This required my wife and I to pack up and move, but it is worth it. I am happy overall with my job; of course it is a stressful industry, but I can manage stress better than most.

And I couldn’t be happier about it.

Over five years since I last wrote in my blog. During that time, my wife and I have celebrated our ten year anniversary and moved to a different city, and I have switched jobs, where I was promoted to a position of huge responsibility. I have also posted almost two thousand tweets. While I have often kept this blog on life support by paying the hosting bills, I haven’t really thought much about doing anything with it in a long time. Most of the things I would write I tweet instead. However, a near death experience (for my site) recently made me think that I should make an honest effort to do something here.

I was in the process of trying to switch over my database from MySQL to SQLite, as my host charges extra for MySQL. In the process, I deleted everything. Fortuitously I had made a backup first, so I was able to salvage everything. In the process, I went back and deleted a whole lot of zero-substance entries (turned out to be close to 75%) and realized that I miss blogging.

Most of the problems that affect the country (and most of which extend into affecting the entire world) right now are thirty years old or older, and fixing them will cause bad consequences in the short term, at the expense of a long term payoff. No one wants to do anything about any of them, because doing so will kill any chance of a re-election. No party will let their candidate do anything, because it would make the party unpopular.

We need a president who doesn’t have lots of money in the stock market, or have large shares in major corporations; someone who has nothing to lose in the short term. We also need someone who is young enough that they can look thirty years into the future and worry about it.

We need someone independent to take office, who is willing to not only end tax cuts, but to raise taxes; perhaps change the tax structure altogether. A federal sales tax, or a flat tax, would make tax law easier for the layman and tax everyone evenly. This would (temporarily) hurt the economy, because of the legions of people who earn most of their living from taxes (Jackson-Hewitt, H&R Block, IRS employees, CPAs, etc) but in the long term it would mean more money coming in, and less money going from government coffers into paychecks for desk jockeys.

Our environment is in a shambles, and the auto industry is a big part of it. We need to give them a real reason to make a good fuel-efficient vehicle. One idea: If a company can make a vehicle with 75mpg or whatever the lowest priced car on the market for over 180 days of a year, that company pays NO TAXES that year.

We need to repair our economy and job market. They have both gone to hell because it is cheaper to get goods from overseas than goods made in America. We can’t make American products much cheaper than China, because they have free labor, but we can impose tariffs that make Chinese goods more expensive. Companies like Walmart will be in a lot of trouble in the short term, but once we reopen American factories and give manufacturing jobs to American workers, there will be more money in the economy. In the long term we profit.

Incidentally, cutting down on imports would also make the country a little more secure: fewer cargo containers coming onto American shores means fewer places that a nuke could be smuggled in.

We need to take any idea of religion out of education; go with what is shown to give results. Whether you believe in evolution or not, you will not find any creationists working at a pharmaceutical research lab. The only jobs that require you to be a creationist are religious, which may be profitable for the individual but do no good for the country.

The military should be at home unless they are needed. We do not need to send our troops to help protect dictators who do what we say, or help insurgents overthrow dictators who don’t. Doing that is how Saddam Hussein got his biological weapons, and how Osama bin Laden received his training from the CIA in the 80’s. Unless we are defending our own borders, there is no reason for our military to be in harm’s way.

The president who can do all this will not see his approval ratings get out of the teens, and will in his own time be seen as the worst president in the nation’s history. But, in twenty or thirty years, people will look back and realize that this was the president who saved our country.

“Because he’s the hero [America] deserves, but not the one it needs right now. So, we’ll hunt him, because he can take it. Because he’s not our hero. He’s a silent guardian. A watchful protector. A Dark Knight.” 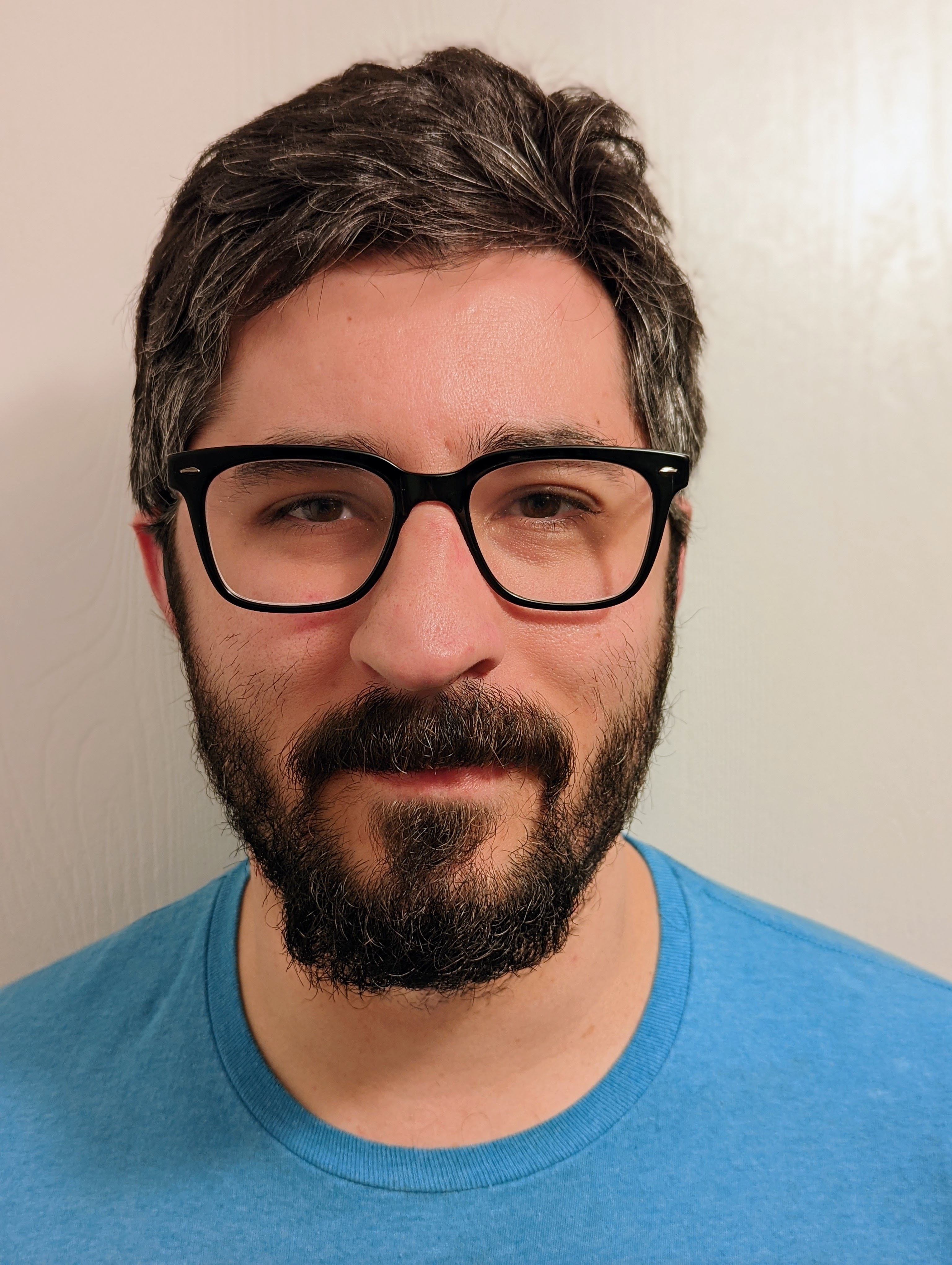